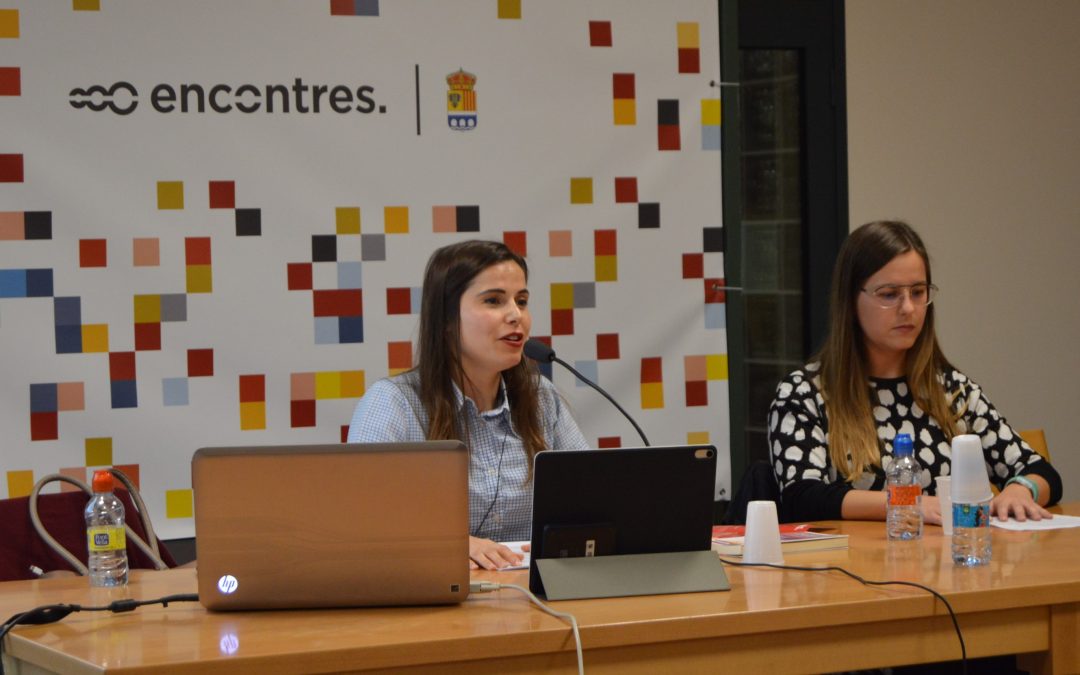 On 27th February Aina Monferrer, teacher at the Escuela Oficial de Idiomas de Castellón, from the Universidad Jaume I, ‘valentuber’ and student of the works of the poet from Burjassot, gave a lecture to a large public to present the memories of the war from 1936 to 1939 and the postwar period contained in the writings of Vicent Andrés Estellés.

As the presenter recognised, the theme of war isn’t central to the works of the poet, but it mentioned frequently in many of his books, not only in commemorative prose but also in many of his books of verses. To prepare the lecture, Aina Monferrer explained that she had done an exhaustive search of words like ‘war’, ‘soldier’ ‘postwar’ etc. And the result was a complete display of references, appearances and literary resources with which the poet relives some episodes which in reality he lived through at a very early age but which deeply affected his later life.

To quote some of Estelle’s’ works in relation to the theme of the lecture, Monferrer quoted the memoires of the poet, Llibre de meravelles, Ora marítima, Primera soledad and Testimoni d’Horaci, some references which refer to the influence which, as the poet confesses, Shakespeare had on his work, or the presence of important people in his life, like Martí Domínguez and José Ombuena, or his need to to earn his living at the newspaper Las Provincias.

From this vision as a whole, Aina Monferrer went into the treatment of Estellés’ most recurring themes like love, death, repression, infancy and the national history of the Valencian people, this latter point especially through the Mural del País Valencià .

Finally, there was time to mention some literary resources with which Estellés deals with the theme of war: figures of speech, synaesthasia or metaphor when it relates to war with a scratch in the flesh, like night, the cave, darkness, etc. and the mention of the marks of war, not only on people – the mother in mourning – but also on nature and the stones of the buildings, for example, which are still testimony to those facts. 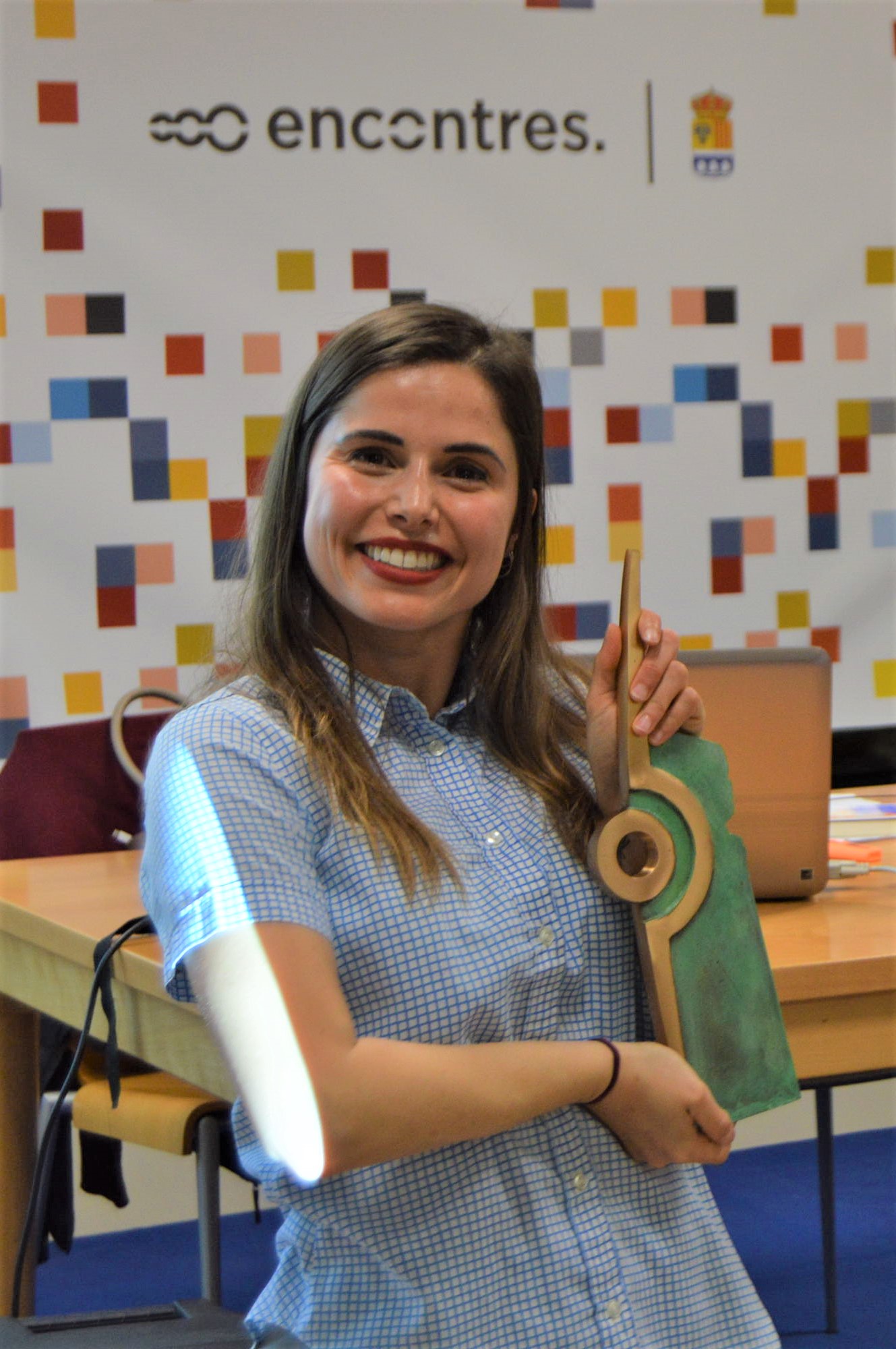 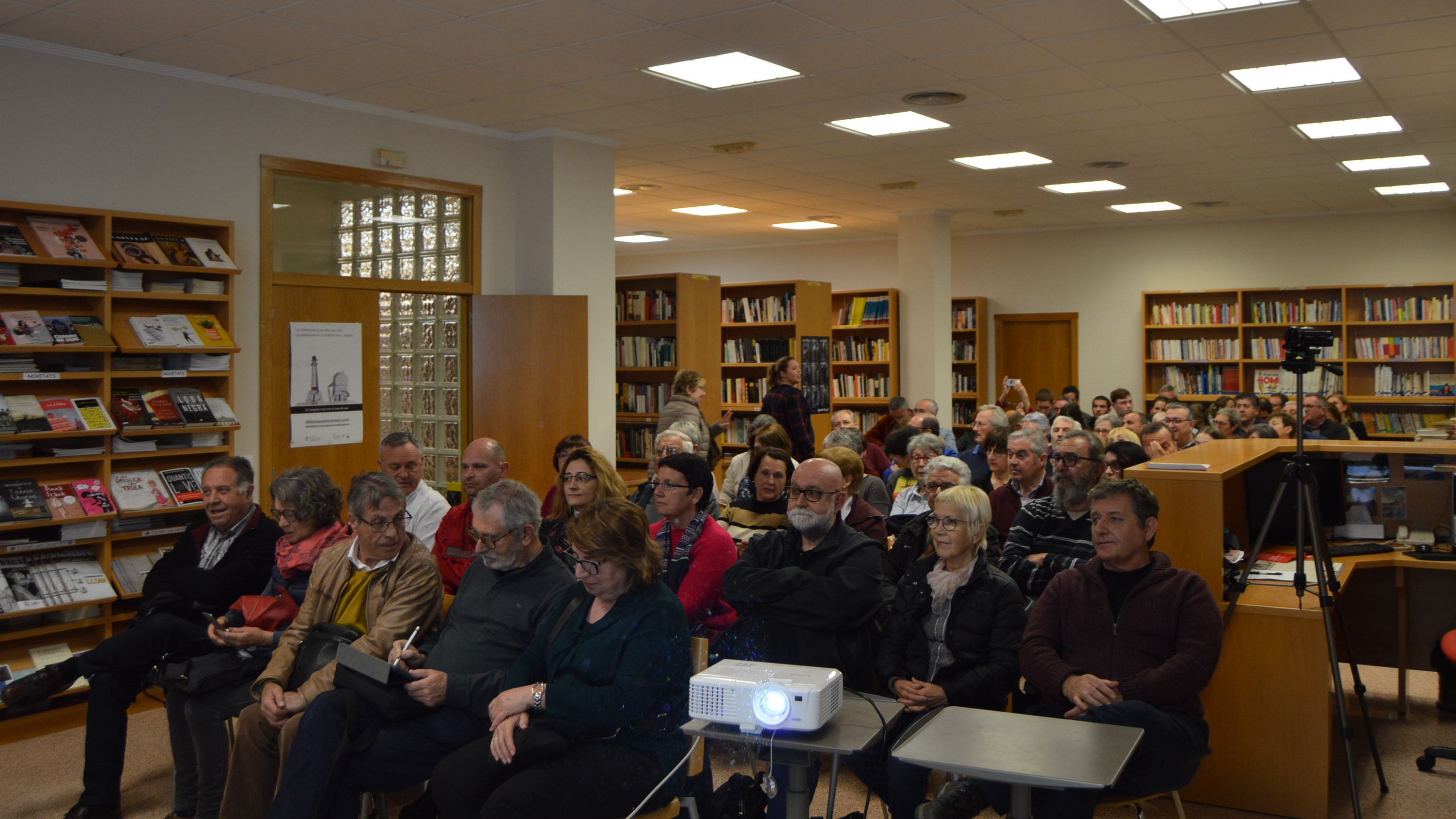