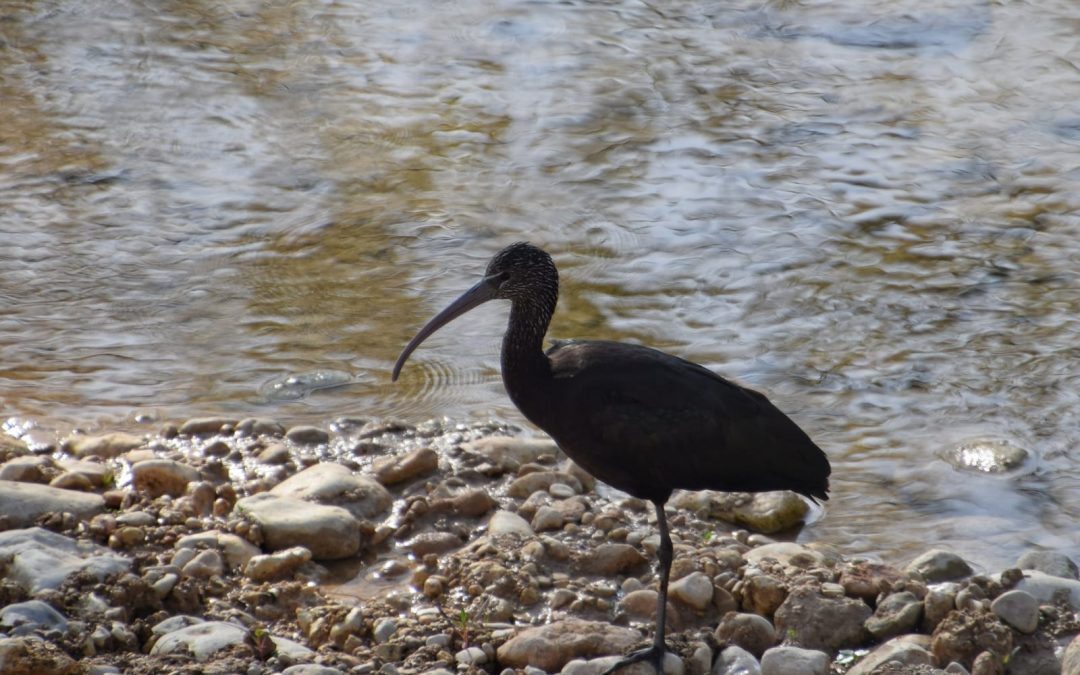 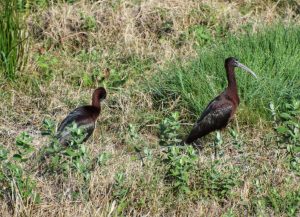 At the end of March a small group of glossy ibis set up home in the Girona for the first time. Every year we have new visitors who come to enjoy Beniarbeig, its quiet waters, its light and its good people. This spring it’s their turn.

These birds have a long curved beak, dark iridescent plumage, according to the reflection of the light their feathers turn green, deep red, blue……….they are practically mute, at the most they emit a faint squawk but they are more confident than the herons and don’t fly away so readily.

The glossy ibis belong to a big family of ibis, in Ancient Egypt these beautiful birds were considered sacred. They live mostly in the warmer areas of the planet, on the Spanish peninsular they can be seen in Cataluña, Valencia, Andalucía… they can form flocks of more than 400 birds.

In September I spent a few days in the Delta de l’Ebre, and the arrival of these flocks at dusk, on their way to their roosting place, was a fascinating sight, like scrawling handwriting on a red and mauve sky. There, a woman told me that the glossy ibis really likes a particular snail that has settled on the rice fields and which causes a lot of damage, so for the people of the Ebro they are a welcome visitor.

On the marjal de Pego-Oliva there are also a lot and now a small group of them, I have counted 4, have arrived at the shallow waters of the river.

Let’s welcome our new visitors and respect their choice, let’s try not to throw rubbish and let’s try not to let our dogs splash in the water. Each species has its habitat on the planet, if we don’t want any of them to disappear, for our own good we have to respect and indulge these habitats.

The glossy ibis isn’t at risk. For the moment!!!!