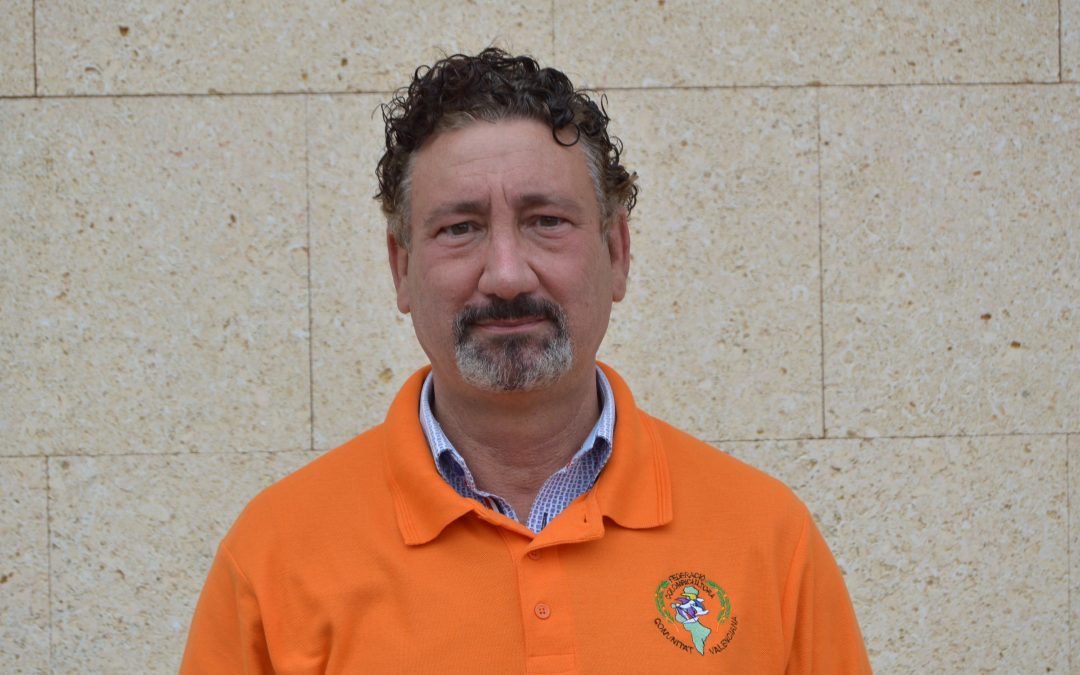 Vicent Llorenç Arlandis (Denia, 1965) is currently the president of the Asociación de Colombicultura «La Estrella» de Beniarbeig, something which he combines with his profesional job as estate agent.

Because of the regional sports pigeons championship being held in Beniarbeig at the moment, we have spoken with Llorenç so that he can explain to us how this they are handling this event, which puts the village well on the pigeon breeding map.

Where does your love of pigeon breeding come from?

My father and grandfather were pigeon breeders. It’s an inheritance. From the age of 4, I went with my father and his pigeons, especially on Saturdays when they released them, we used to go to the castle. It’s in my family.

There may be people who aren’t so familiar with this sport. Could you explain briefly what it is and how it works?

For anyone who doesn’t know it, it’s a bit hard to understand, because the first picture you have is one of seeing the pigeon breeders in the streets and in the fields looking at pigeons, looking upwards… And of course it normal for people to ask ‘what are these people looking for?’

In brief, the aim is for the male pigeons to win over the female pigeon, and the one which does wins. These are the releases, but behind this there’s a long process and a whole culture of breeding, selection and training of the birds, because from them hatching to competing it’s two years, during which you see them develop. With all of this work, you can see that you are doing something good and it gives you great personal pride to be able to see it.

It’s a hobby which you have to like a lot, because it’s not like having a dog. It takes up a lot of time, dedication and space. Also, you have to be always on the look out for the dangers which pigeons bring, such as pests and predators, if you don’t take care, a fox can eat your pigeon, or high tension cables. That’s why sometimes we can be seen rushing after the pigeons, but a few seconds can make a difference between saving the pigeon or it ending up in a fox’s stomach.

How did you come to be president of the association?

About 8 or 9 years ago, I was president, it coincided with a championship like this one. A couple of years ago, I was vice president, and when the president retired, I took his place, more than anything because this championship was being organised and we had committed ourselves to doing it. As with all hobbies, a post like this brings a lot of work with it, but it’s also an honour to work for a club which at the moment is working very well and is one of the regional models.

Founded in 1927, «La Estrella» will have passed through different periods. What is the state of the association at the moment?

I think we are in a fairly good state. There are 30 members, there aren’t more because we don’t want more, because there are requests from people from surrounding villages who are interested. We are a harmonious and hard working group, and the village lends itself to us being able to enjoy the sport because it’s a village without too many tall buildings, it has trees and fields. It’s a perfect place for pigeons.

Apart from that, the people in the village have grown up seeing us in the village and they know what pigeons are. People here are generally respectful and that’s always good. Wat we need to do now is make aware those new arrivals who, whether they come from near or far, don’t know what pigeon breeding is about and we would like them to, even if it’s only so that if they find a painted pigeon they can let us or the local police know. I think that the championship, interviews like this and the work that’s being done by ADN Valencià on social media can serve to help us to make more people know what we are about.

Talking of pigeon breeding and social media, how has the hobby developed from your parents’ times until now?

Like everything in this world, pigeon breeding has changed too. Although the base is the same, a lot of advances have been made with the preparation of the pigeons and the technology to follow them. Now the pigeons always have a vet on hand, they have food and supplements, like vitamins, and they train more times a week than before. This means that they are physically well. As for following them, apart from walkie-talkies and radar, with GPS there’s a lot more accuracy. Also the pigeons, which are the key to pigeon breeding, are now physically stronger and more intelligent.

At a financial level, the pigeons are better valued and more money changes hands, for example, we are talking of a prize of 10,ooo€ for this championship.

How do you see the future for the hobby? Is there a generational shift?

Pigeon breeding currently has 2 problems. The first is the disappearance of clubs, because there are places where they can no longer fly. For example, 40 or 50 years ago Dénia was number one, but now it’s all tower blocks and they can’t do anything there. The pigeons want villages with few houses, with countryside and trees around, like here, we have pine trees, carob trees, cypresses etc …

The other problem is the shift, because it’s a hobby that needs a lot of time and young people have too many things. They also need to live in a village which meets the conditions, to have a parent or someone near who understands it all, to have a terrace, drawers and accessories. Of course, this doesn’t make it easy, but it’s also true that if it’s a sport you have known since you were little, it will always stay. In fact what we are seeing is that young people leave it when they are 15 or 16 years old because they are at an age when they start to go and meet friends out more, but when they are adults and reach 25 or 27 years old, they come back. For us, the way to make them come back is to let them see the whole range of activities we have and remind them that the doors are always open.

How do you foresee the championship?

The Valencian Community is divided into four regions, we are in number 3, which covers the regions to the south of the province of Valencia and those to the north of Alicante. We are in an area where it is very popular, as the villages of La Safor and La Vall d’Albaida compete at a high level and all of these villages are the ones that have come to compete here, so it will be a very interesting championship.

How can the people of Beniarbeig follow the championship?

With everything concerned with COVID-19 we can’t ask people to come and watch, we can’t even have an official blackboard where we can keep putting the results, but the Federación de Colombicultura de la Comunidad Valenciana has reached an agreement with the platform ADN Valencià, which will do live or pre-recorded transmissions, so we encourage anyone interested to follow it on the web.

Our intention is to make people aware of the championship and of pigeon breeding, so if you see us around the village and want to ask us something, we are always happy to explain and share our hobby.

Finally I would just like to apologise if at some point we have to close off a street, we block a street or we go into an orange grove. You can rest assured that we will always try to keep disturbances to a minimum. 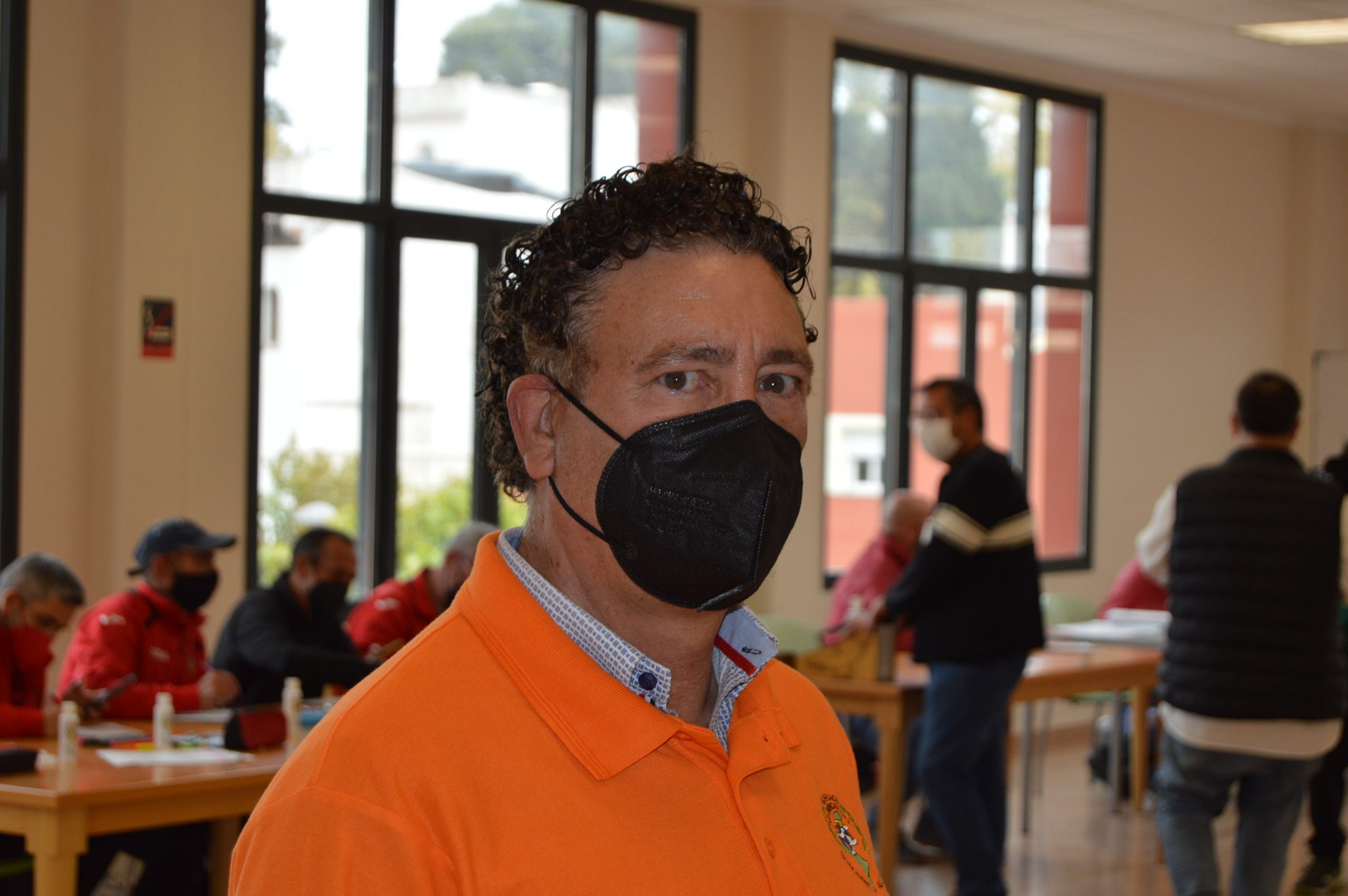