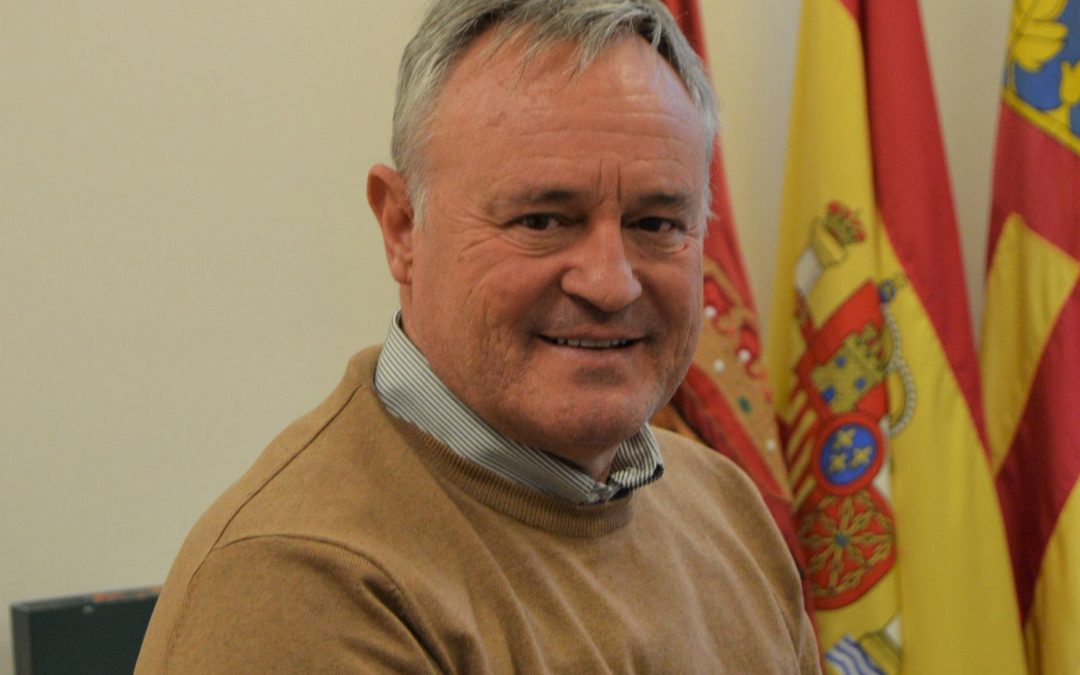 Juan José Mas Escrivá (Beniarbeig, 1961) is the fourth Mayor of Beniarbeig since the democracy was restored. His professional career has been mainly connected with the transport sector, in which he currently works as a professional driver. Among his hobbies are walking, padel and football, very linked to the sports sector which is his responsibility, along with town planning, personnel and the Policía Local.

Among his political experience are almost two decades of dedication to local government, since he became councillor for agriculture and sport in 1995 in Luís Gil Pastor’s team, for whom he also acted as deputy mayor in the 2007-2011 term of office.

After a year and a half in the post, how do you evaluate it? Is being Mayor what you expected?

The truth is that with the current pandemic, there is more pressure in the job because new problems have emerged or existing ones have intensified. All of this gives the job an extra dose of exigence, which means that when something doesn’t turn out well, you go home upset, but when you manage something difficult, you have a sense of satisfaction and it helps you to carry on working to solve people’s problems, which is what we always try to do. I know that we can’t solve everything, as there are a lot of things out of our hands, but what we have to do always is listen.

25 years ago this year you became a councillor for the first time. What changes are there in the way politics functions and the way local government is run between then and now?

I think the base is the same; looking for the common good, maintaining a good relationship with the people, associations, businesses etc. But what I am aware of is new technologies, as in the case of social media, which enable us to make contact more easily with the people. It’s easier to get to know what they want and at the same time ensure that everyone is aware of how local government works and is up to date with what’s happening in the village. I think transparency has been achieved.

How do you evaluate the repercussions of COVID-19 in Beniarbeig and how do you think it might affect our village?

You have to remember that we have come from a situation in which everything closed; the school, the doctor’s surgery, bars and restaurants, and we had no fiestas. The situation was very serious and we have been trying to recover from it, but it is obvious that we are still in a delicate situation. In fact the town hall is still working to an appointments only system.

As nobody knows how things will develop, we don’t know how far the crisis will reach, but what we can see is that it’s affecting all aspects of our life, at a municipal level too. For example, the completion and the opening of the Theatre-Auditorium has been delayed much more than anticipated and more than 15,000 € have been invested so that some of the people in the village can meet their basic needs. Obviously this has repercussions for the 2021 budgets, because on one hand there have been expenses which we hadn’t anticipated, and on the other hand some income will be lost. We have help from the Diputación de Alicante and the Generalitat Valenciana, but we will have to make a lot of effort to try to avoid it all having too big an affect on the lives of the people in Beniarbeig.

Over recent years the sports schools have been disappearing to such a point that only pilota is left. What is the problem with local sport and what can be done about it?

At the moment we have a very unbalanced situation in sport, because on the one hand we have what is considered to be the best pilota school in the Comunidad Valenciana, with all the prizes it is being awarded. But on the other hand, the rest of the sports have disappeared because there aren’t enough children. For our part, we are trying to do something about it, this summer we organised a multisport activity for 4 consecutive weekends, and now with the new offer of extra curricular activities, as have also included multisport for two reasons, firstly so that the absence of local teams isn’t an obstacle to the children having contact with sport and at the same time it can serve to sow the seed for future sports team.

At what stage is the PGOU (Plan General de Ordenación Urbana)? How will its approval affect the village?

The PGOU was born almost 20 years ago, when Luís Gil Pastor was Mayor ,and all being well it will at last be approved at the start of the new year, we don’t know the exact date as it depends on the Generalitat Valenciana.

Having it approved means reclassifying the urban model of the village, basically because it will shape the future as to where and how the village should grow. In this way, some land which is currently agricultural land will become building land and also it will limit the maximum height of buildings to a ground floor and two more floors, a measure which the previous government approved. It will also enable us to give land to the owners who gave up land where there are now municipal facilities, such as the sports centre and the school, as they have been waiting for a long time.

As for the municipal infrastructure, when is the Theatre-Auditorium expected to be opened and what is the next project?

In January we would like to open the auditorium, because it’s finished inside and the accesses are being finished. We think that the first performance should be by the Unió Musical Beniarbeig, so we are talking to them to see how and when we can do it. Of course it will be opened with half the capacity, which will be 150 people, so I suppose we will do two performances.

As for future infrastructures, in the short term we have thought about providing a second padel court, as it’s being used a lot. We are also going to replace the children’s playgrounds as the current ones are in a bad state, and we also need to close off the basement of the auditorium so that the band can rehearse there. All of these projects will be managed through the Plan Planifica from the Diputación de Alicante.

As you can see, at the moment the priority is to finish existing infrastructures, which is no mean feat, for example at the start of the new year we will install air conditioning in the classrooms of the CEIP Benicadim, with a cost of almost 30,000 € and which will be paid for from the town hall’s last year’s surplus.

Finally, with Christmas just around the corner, do you want to give a message to the people?

I think I have already said this on many occasions, but I want to take the opportunity to publicly thank everyone again. I’m very proud of the behaviour of the people during the lockdown. It was really exemplary.

We are now approaching a complicated period, and while I don’t really want to explain what we can do and what we can’t, I would like to remind everyone that Christmas is a time of solidarity and a time to think of others. So I want to appeal to people to be responsible, and I also want to ask for a special effort. I know that the people of Beniarbeig are capable of doing it, because they demonstrated it during the first lockdown period. We have to think that not only does our health depend on it, but also the health of our loved ones, and both I and the rest of the governing team hope that you all spend a happy Christmas and New Year. 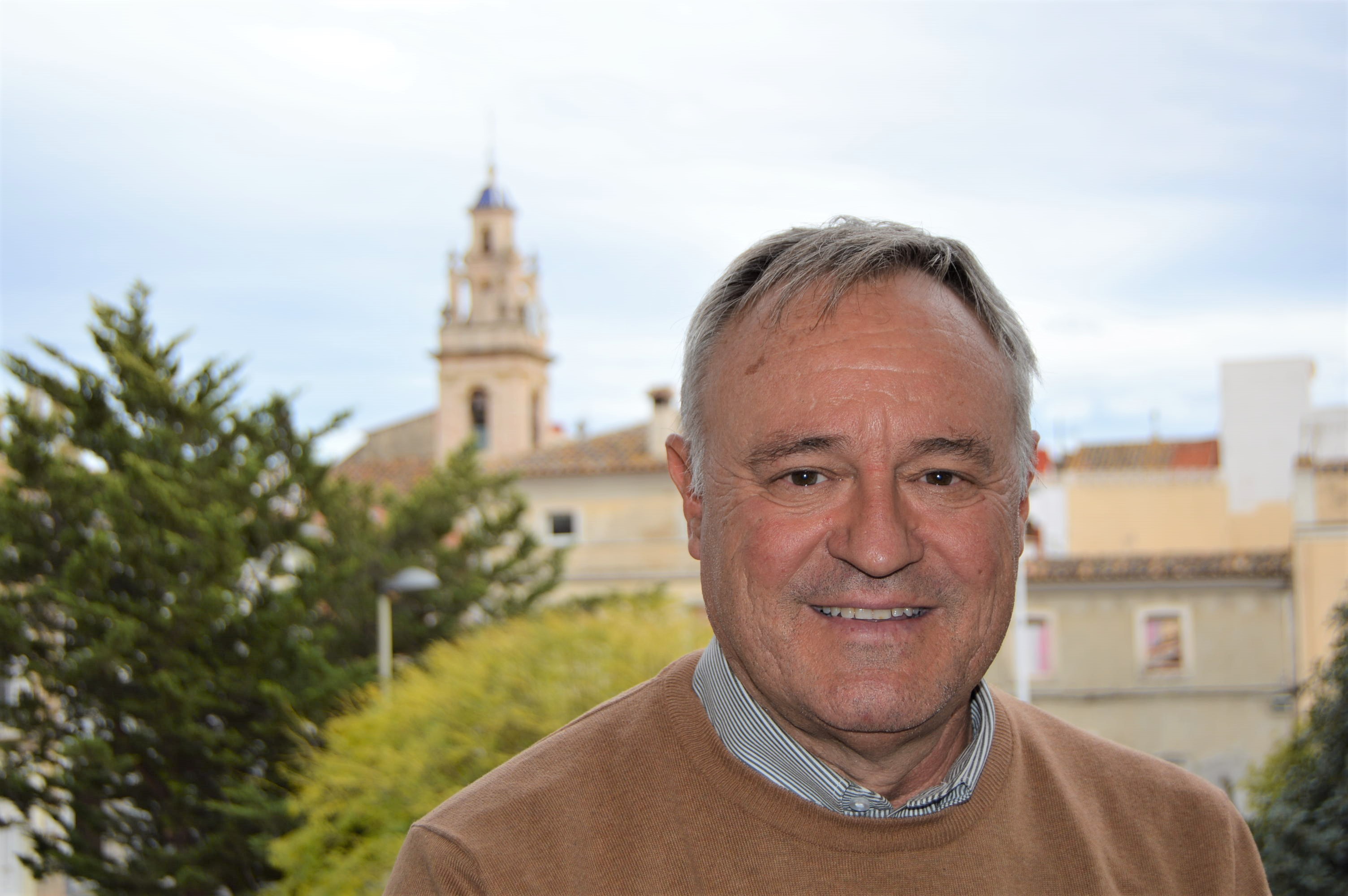