Deportes| Water games liven up the afternoons at the pool

Water games liven up the afternoons at the pool 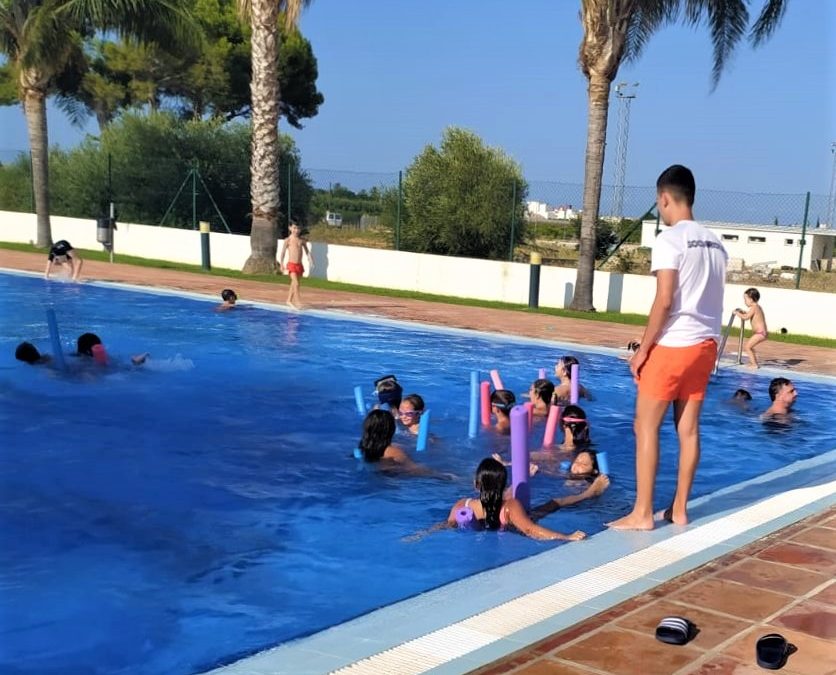 On Tuesday and Thursday afternoons during August the municipal pool was the scene of water activities for the children. The intention was to entertain the younger users of the pool and also allow the little ones to practice their skills in the water.

The lifeguards Joan Mas, Jaume Coll and Pablo Simó took charge of the sessions, attended by 30 children between the ages of 3 and 12, divided into two groups, those who could swim and those who couldn’t. The latter group had toys in the small pool, while the older ones had inflatables to help them cross the big pool, where they played a water version of ‘El Pañuelo’, as well as other games.