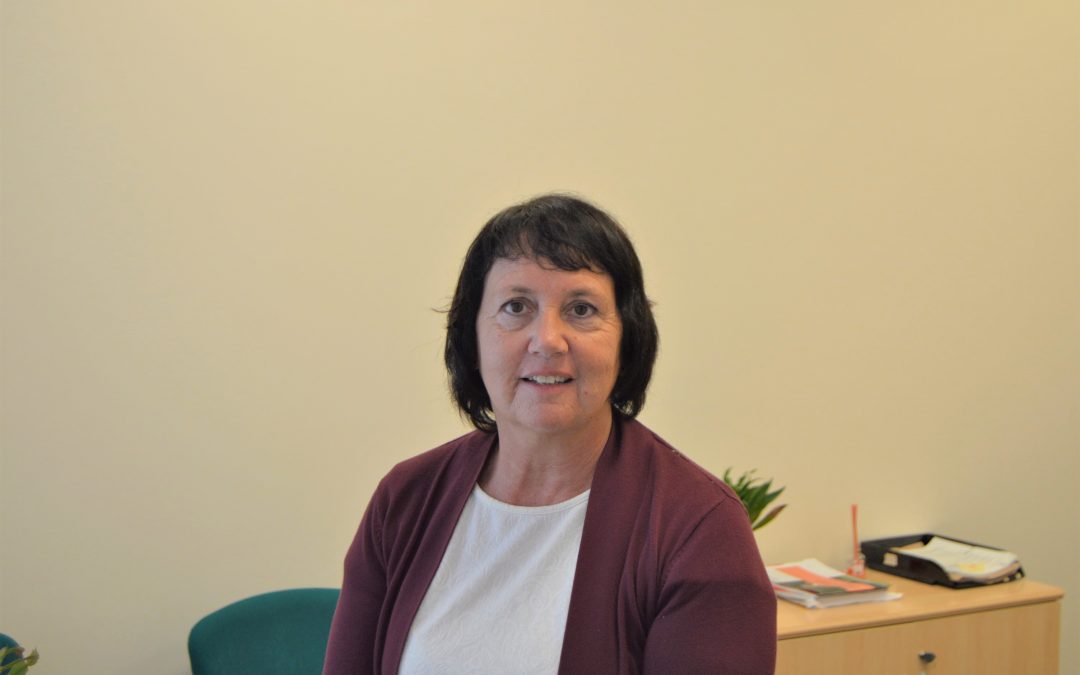 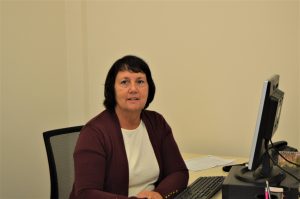 Christine Cook (Middlesbrough, 1954) graduated in French, German and Economics from Leeds Polytechnic (1976) and in Spanish from the Institute of Linguists (1990). In England she worked as a Spanish and German teacher at the University of Sheffield and as an administrator of European projects in a research department at the same university. She is also co-author of Camino al español, 2004 published by Cambridge University Press, a text book for students of Spanish. A second edition will be published soon. Currently she gives English classes to children and adults and as councillor is responsible for Social Services, the library, foreign residents, the environment and communication.

Well, the truth is that I was never involved in politics in England, nor did the idea ever enter my head when we came here in 2004. But one day in 2006, Celia Ruiz-Oregón, who was councillor at that time, asked me if I was interested in being on the village list for the PSOE for the municipal elections in 2007. I didn’t know anything about Spanish politics, but after several conversations with Celia and Luis Gil Pastor, during which they explained the ideas they had for the village, I agreed, and that was that! In May 2007 the PSOE won the elections and I started as a councillor. The truth is that at a local level, politics aside, my wish has always been to work for the wellbeing of the village.

Within your areas of responsibility is municipal communication, on which the BIM depends. What are the strong points and what needs to be improved?

For me, the aim of municipal communication is exactly that, to inform people of what is happening in the village. But I see it on two levels. Firstly, it’s important to communicate what’s happening on a day to day basis in the village, in other words, cultural events, unforeseen emergencies etc, and for this we have a WhatsApp group and a Facebook page.

Secondly, there is information which is important but which, because it isn’t so urgent, we try offer in the best way possible. For this we use the BIM, in which we communicate important events which have happened during the month, be it sporting achievements by people in the village, grants received or planned events. The BIM has a safe future, but I would like to see more contributions from the people in the village, something which we are going to try to work on in the coming months.

You were also responsible for the campaign “No más cacas”. What did it consist of?

We all know that we have a really big problem with dog dirt on the pavements in the village. The idea of the campaign ‘No más cacas’ is to try to make dog owners aware of the need to collect their dogs’ poo and leave it in a bin or take it home to throw in the rubbish. During the lockdown the problem increased, I don’t know if it’s because people were taking their dogs out more for a walk or out of pure laziness, but it’s something we have to look at again.

Another public problem is the rubbish left outside the bins, a problem which has existed for years. Is there a solution?

A lot of people have used the lockdown to sort out things in their house and throw out furniture, rubbish etc, but instead of throwing them into a bin, taking them to the ECOPARC or arranging for them to be collected by phoning the police, people have left the rubbish on the floor outside the bins and continue to do so. The Policía Local have fined a few people after finding addresses in the bags of rubbish, but the biggest difficulty is catching people in the act. It’s one of our priorities now, to tackle these two problems, dog dirt and rubbish.

Traditionally the library has come under Culture, but not now. Why is this?

When we were sharing out the responsibilities of each councillor at the start of our term of office, we tried to do it according to the competencies of each person and their availability. The area of culture has a lot of time demands and we separated the area of the library to be able to give it the attention it needs. As an avid reader, I took on the responsibility of the library and I have a lot of contact with Pau, the librarian, on a daily basis. At the moment we are working to electronically catalogue the books and I am giving him hands on help by attaching the barcode labels on the books. We have also replaced the furniture in the children’s section, so that this corner of the library is more accessible to the little ones.

Maybe social services is one of the least visible parts of your work, but one of the more necessary in difficult times. How are things being managed in this area in the light of the second wave of the pandemic?

It’s true that it is one of the least visible parts but no less important. There were a lot of demands during the lockdown, when some 50 people from the village received help from social services in the form of help with their rent, vouchers for food, help with their shopping etc. We also had daily contact with the volunteers of Cáritas, who helped the most needy families with bags of food, and we set up a collection point for people who wanted to donate. It was very successful. For the moment, things are much quieter in the second wave. As far as financial support during the pandemic is concerned, MASSMA (Mancomunitat de Serveis Social de la Marina Alta) is in charge of managing funds. We hope not to arrive at that point, but if it were to happen, we will again offer all our help from the Town Hall. I am in direct contact with the social worker, who frequently informs me of any cases which need more attention.

Finally, what does help to foreign residents comprise?

According to the padrón, there are 563 foreigners in Beniarbeig, the majority coming from the UK (150) and Germany (100), but it’s clear that there aren’t as many of us living here all year round, because if, for example, a foreign resident wants to buy a car, he has to have a padrón certificate, whether he lives here permanently or not, and this inflates the number of people on the padrón. So it’s difficult to know exactly how many permanent foreign residents there are, but what is clear is that we make up an important part of the village.

The service offered to foreign residents is an unending service, sometimes 24 hours 7 days a week. I help with the paperwork of the town hall, with health services, SUMA bills, questions for the architect, with appointments and many, many more things. In addition, Brexit is bringing with it a lot of complications for the British.

With my knowledge of English and German, and what I can still remember of French, I can communicate easily with most of the foreigners. For me, it’s satisfying to be able to help those who still haven’t acquired sufficient knowledge of Spanish and it has been a very useful way to learn all about the bureaucratic paperwork of the country.